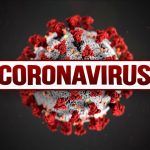 Governor Northam is calling on Liberty University President Jerry Falwell, Jr. to close the college down until the coronavirus pandemic subsides. But Falwell defends his decision as WFIR’s  Evan Jones reports:

RICHMOND, Va. (AP) — In light of the coronavirus pandemic, Virginia’s governor asked Liberty University President Jerry Falwell Jr. on Wednesday to reconsider his decision to welcome students back to the Lynchburg campus this week after their spring break.

Speaking at a news conference in Richmond, Gov. Ralph Northam criticized Liberty, which is among the nation’s largest and most prominent evangelical colleges, as sending “mixed messages” about COVID-19. The illness has crippled economies, forced restrictions on the movement of millions of people and swamped health care systems.

However, residential students were told they were “welcome” to return to campus, according to an email sent to students. The move was at odds with many other institutions of higher education, including the University of Virginia in Charlottesville, which has said only students who have “no other options” can remain on campus, and William & Mary, which closed its residence halls.

“I would suggest that President Falwell look to the actions of the leaders of Virginia’s flagship universities for how to set a strong example in this health crisis and to please reconsider his message that invites and encourages students to return to campus,” said Northam, who is a doctor.

In a statement that accused Northam of making “false accusations,” the university said it was in compliance with all of the governor’s directives and applicable federal guidance. It noted that health inspectors performing an unannounced inspection earlier in the week found no violations.

“Our students are part of the Lynchburg community!” Liberty said in a statement. “They work jobs, have apartments, make economic contributions and pay taxes. That they should be banned or discouraged from choosing to utilize the shelter and food sources that they paid for in a time of crisis is unthinkable.”

Liberty officials have said about 1,500 of the approximately 15,000 residential students are back on campus.

Falwell, one of President Donald Trump’s earliest and most ardent high-profile supporters, has generally characterized concerns about the virus as overblown. He has offered unsubstantiated speculation that the coronavirus may have been the work of North Korea and accused the news media of stoking fear.

An email sent to students last week and obtained by AP said that “all residential students are welcome to either stay in place or return to campus with various safety measures in place.”

For most people, the new coronavirus causes mild or moderate symptoms, such as fever and cough that clear up in two to three weeks. For some, especially older adults and people with existing health problems, it can cause more severe illness, including pneumonia and death.

Local officials told AP they were fielding complaints from residents and Liberty parents about the school’s policy. Lynchburg Mayor Treney Tweedy said in a statement Tuesday that she thought the decision letting students return was “reckless.”

“That anyone in the City of Lynchburg would welcome other college students from across the state — and indeed the world — to return “home” to Lynchburg but expect the drawbridge should be pulled up to deny entry to Liberty students illustrates the height of hypocrisy and scapegoating that is going on today,” Liberty’s statement said.

On Wednesday, Northam quoted from 1 Corinthians, saying: “It is required that those who have been given a trust must prove faithful.”

“Proving faithful means providing clear and consistent guidance,” he went on to say. “And it means respecting the duty that Liberty University has to its students, its staff, the Lynchburg community in which it is located, and our Commonwealth.”

Liberty University has been, and will continue to be, in compliance with all of Virginia Gov. Ralph Northam’s directives, as well as all applicable federal guidance.

The Governor was quoting scripture today about Christian duty to protect our students. That’s exactly what Liberty has been laboring tirelessly to do over the last couple of weeks. We really think it’s un-Christian to turn students away and push any problems off on someone else. Most of our residential campus students are not in the Lynchburg area. Only about 10 percent of our residential students are currently here on campus. Many of those are international students who did not leave the country on Spring Break and have nowhere else to go. The Governor should understand that.

These students are in their living spaces attending classes and convocations online, not in classrooms or the Vines Center. They are getting their dining plan food by takeout instead of eating in the dining halls. The campus is fairly spacious and uncrowded, so they are spread out and observing social distancing. They are not working out in our fitness centers, not bowling in our bowling alley, not skating in the ice rink, and not engaging in our sports, intramurals, or student organization activities. Touchpoints across campus are being sanitized several times a day.

The Central Virginia Health District came to Liberty yesterday, Tuesday, March 24, for an unannounced inspection, and they did not find Liberty in violation of any of the State of Virginia’s Executive Order 53 – the Governor’s order that placed temporary restrictions on restaurants, businesses and gatherings. As Jim Bowles, the Environmental Health Manager for the CVHD stated:

“All operations appeared to be in compliance with the Governor’s emergency order, which becomes effective at midnight. We observed that all operations were carry-out only, no seating was provided, and onsite security guards — present at each location — were limiting the number of customers in line to 10.”

Our students are part of the Lynchburg community! They work jobs, have apartments, make economic contributions and pay taxes. That they should be banned or discouraged from choosing to utilize the shelter and food sources that they paid for in a time of crisis is unthinkable. The only Liberty students who are here are adult students who have concluded that this is the only place they have or it is the safest and best place to be, among what may be limited options for them. So yes, we welcomed them to stay and did not ban or discourage anyone from accessing their local food and shelter.

That anyone in the City of Lynchburg would welcome other college students from across the state — and indeed the world — to return “home” to Lynchburg but expect the drawbridge should be pulled up to deny entry to Liberty students illustrates the height of hypocrisy and scapegoating that is going on today.

We invite Governor Northam to come and see our compliance for himself, rather than making false accusations in press conferences from Richmond. As the Ninth Commandment says, “Thou shalt not bear false witness against thy neighbor.”