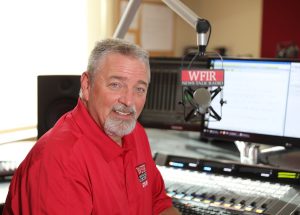 Joey is from Warsaw, VA, part of the historic “Northern Neck”.  He began his broadcasting career in 1984, moving to Blacksburg in 1994 and then to Roanoke.  He is an avid News/Sports fan and loves hosting the “Roanoke Valley’s Morning News” each weekday morning from 6-9.  Joey and his wife Sue have two daughters.  Joey is also involved in Motorsports, doing track announcing for NASCAR events at  Martinsville Speedway and Richmond Raceway.  He also worked at Daytona International Speedway for “Speedweek 2012″,  including the Daytona 500. 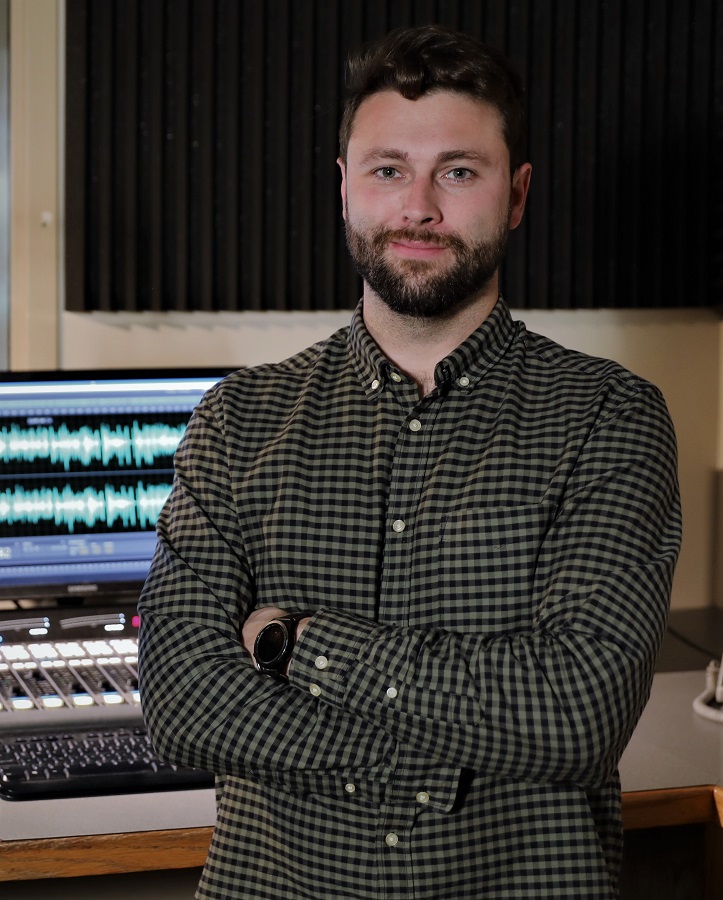 Ian joined WFIR as a part-time employee in October 2014 and began full-time as the overnight reporter almost a year to the day later in October 2015. Ian was promoted to Morning Anchor in December 2016 and then to News Director in August 2021. Along with handling managerial responsibilities, he oversees, prepares, and delivers newscasts from 6:00 to 9:00 each morning on The Roanoke Valley’s Morning News. Ian grew up in Vinton, graduating from William Byrd High School in 2009. He then attended Radford University, graduating in the spring of 2014 with a Bachelor of Science degree in communication. Ian spends his time away from work watching as much football as he can, playing bass guitar, and doing any outside activities with his Lab-Pit mix Carmen San Diego. 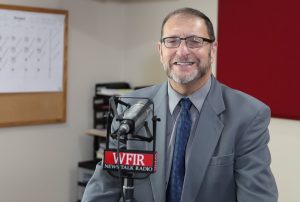 Gene is a long-time radio, print and cable TV journalist in the Roanoke Valley with a background in commercial and public radio going back more than 20 years. He anchors late-morning and afternoon newscasts and prepares reports that run throughout the day. Now on his second tour with WFIR as a news reporter and anchor, he has won several awards for local news coverage over the years, including two selections to the Virginia School Boards Association “Media Honor Roll”.  In his spare time, Gene likes to run; he’s also appeared on stage in several plays and paints when inspired. The father of four, and now a granddad, he spent many years in various sectors of the sales and manufacturing world before turning his attention full-time to journalism. 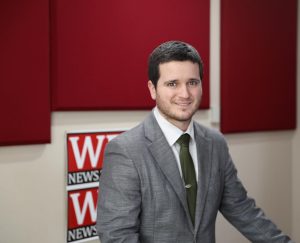 Clark is from Huntington, WV, and came to the valley while attending Roanoke College, where he graduated with a degree in History and Communications.  Clark first joined WFIR as a news intern in 2016, and he served in part-time and fill-in capacities until joining us as a Morning Reporter in January 2019. His many duties include preparing and presenting reports for the Roanoke Valley’s Morning News; Clark frequently anchors newscasts as well.  He is an avid Marshall University, University of Michigan, and Detroit Lions fan. In his spare time, he enjoys cooking and watching as many sports as possible. 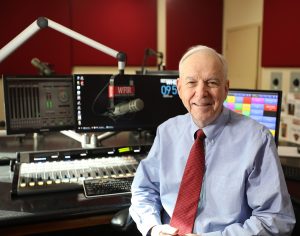 Evan joined WFIR in 2008, joining full-time in  2010 and serving as News Director for five years before  retiring in August of 2021. How now fills in for various news duties as needed. Evan has spent more than 50 years in radio and television news in virtually all possible on-air and managerial roles. He grew up in New England, graduating from Emerson College in Boston with a degree in Mass Communications. His wife Erin is a former middle and high school mathematics teacher, also retired; they have two grown children and two grandchildren. When he is not at work, Evan devotes entirely too much time to planning his next vacation – his travels include visits to 49 states and many foreign countries. 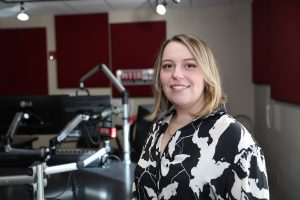 Emma is a Roanoke native. She graduated from Patrick Henry High School in 2017, and recently graduated from Hollins University with a degree in English and Communications. She joined WFIR as a part-time reporter in July 2022. In that role, her responsibilities range from finding and preparing stories for air to anchoring live newscasts. Emma likes to hike and practice amateur nature photography when she’s not working.