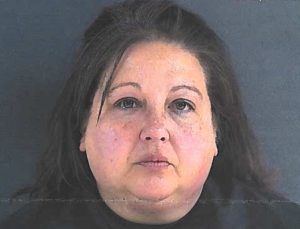 A Vinton-area woman is charged with stealing funds from the Christian school where she worked. The Bedford County Sheriff’s Office says the investigation started in December when Mineral Springs Christian School reported a possible embezzlement. That led to the arrest this week of 44-year-old Christi Gray on eight felony counts. There is no word on how much money may be involved.

NEWS RELEASE: On December 12, 2019, the Bedford County Sheriff’s Office received a report from the Mineral Springs Christian School reference to a possible embezzlement.

On January 22, 2020 after an intensive investigation, Christi Gray, age 44, of Vinton was arrested and charged with four counts of Felony Embezzlement and four counts of Felony Obtain Money by False Pretenses. She was released on an unsecured bond. At the time of the crimes, Gray was employed by the school.

The investigation continues into this case.