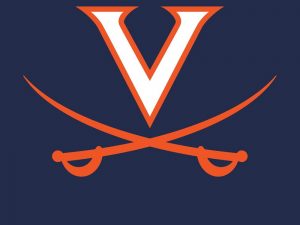 NEWS RELEASE: CHARLOTTESVILLE, Va. – The Virginia athletics department announced today (Dec. 13) the Cavalier football program has completed its 2020 season and will decline to participate in any postseason bowl game. The announcement was made by UVA director of athletics Carla Williams and Fralin Family Head Football Coach Bronco Mendenhall.

At the request of Mendenhall, the program’s captains and task unit leaders met with the team Sunday to discuss and make a decision on continuing the season and possibly accepting a bowl invitation.

Under Mendenhall, who is in his fifth season with the Cavaliers, UVA had made three consecutive appearances in post-season bowl games – Military Bowl (2017), Belk Bowl (2018) and Orange Bowl (2019). Virginia was projected to be a participant in one of the Atlantic Coast Conference’s affiliated bowl games this year.

“Unless you live it each and every day, it is impossible to understand the mental, emotional and physical sacrifice these young men have made since their return in July,” Williams said. “I am proud of their commitment and their incredible maturity. Our students did everything we asked them to do and they were rewarded with the opportunity to compete in the sport they love when many doubted it could be done. The life lessons gained over the last nine months will serve them well.”

“I told our team I valued their feedback and I wanted this to be their decision,” Mendenhall said. “Just as we met at the beginning of the year to make the choice to play, this was their choice to end the season at this time. I think it is appropriate for this team.

“They have all grown tremendously from the challenges put before them this year. But now is the time to return to families and loved ones. This team will always be special for how it handled competing during a pandemic. It is one more example of the amazing capacity and leadership of the young men that allow me to coach them every day.”

To date, Virginia is one of just 17 teams to play 10 games this season and not suffer a postponement or cancellation due to COVID-19 issues within its program. Virginia’s student-athletes reported back to Charlottesville on July 5 and have sustained a training program for 23 consecutive weeks. At no point during that time did the program’s players have the opportunity to leave Grounds as a group for personal reasons. During the season, student-athletes’ in-person time with immediate family was a limited period of time post-game – while outdoors, wearing masks and practicing social distancing.