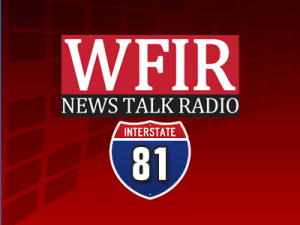 NEWS RELEASE: Virginia State Police Trooper C. Bare is investigating a single-vehicle fatal crash in Shenandoah County. The crash occurred on Wednesday, November 25, 2020, at 11:06 a.m. along Interstate 81 at the 287 mile-marker.

A 2013 Kia Sorento was traveling southbound on I-81 when it ran off the left side of the roadway and overturned several times.

The driver of the Kia, Brittany A. Toy, 31, of Jackson, Miss., suffered serious injuries and was transported to Winchester Medical Center for treatment. Toy was wearing a seatbelt.

A passenger in the Kia, a 6-year-old male, of Kingsport, Tenn., was ejected from the vehicle and died at the scene as a result of his injuries. The male was not wearing a seatbelt but was in a booster seat.

A second passenger in the Kia, Carmelita R. Samples, 50, of Kingsport, Tenn., suffered life-threatening injuries and was flown to INOVA Fairfax Hospital where she later succumbed to her injuries. Samples was not wearing a seatbelt.

Toy was charged with reckless driving.

VSP’s Culpeper Division Crash Reconstruction Team responded to the scene and is assisting with the ongoing crash investigation.