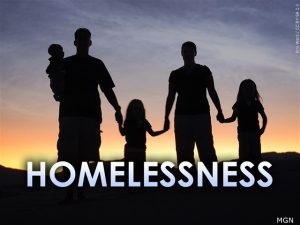 Roanoke social services officials say the number of homeless people in the valley has steadily declined in the last decade — but at the same time, the count of homeless living outside has gone up. Officials say while they work to provide them access to employment and housing, some homeless men and women with mental health or substance abuse problems are difficult to integrate into society. More from WFIR’s Evan Jones:

This story is a follow-up to one reflecting concerns over a homeless encampment reappearing near Roanoke-Blacksburg Regional Airport and concerns over the image that might sent to visitors about the fly out of the city. CLICK HERE for that story.