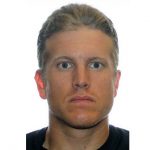 GREENBELT, Md. (AP) — A former Canadian Armed Forces reservist plotted with other members of a white supremacist group to carry out “essentially a paramilitary strike” at a Virginia gun rights rally, a federal prosecutor said Wednesday.

Mathews leaned back in his chair and quietly laughed when the magistrate read aloud a transcript of a video in which the Canadian national advocated for killing people, poisoning water supplies and derailing trains.

Mathews and two other men were arrested last Thursday on federal felony charges in Maryland and Delaware, just days before they were believed to be headed to a pro-gun rally in Virginia’s capital. Federal prosecutors said in a court filing Tuesday that a hidden camera captured the men discussing “the planning of violence” at the rally and expressed hope that bloodshed could start a civil war. Monday’s event had attracted tens of thousands of people and ended peacefully.

Defense attorney Joseph Balter said Mathews may have used “alarming” and “outrageous” language in conversations captured on video at a Delaware home in the days leading up to the rally. But Balter said his client’s statements are protected by the First Amendment as free speech and did not reflect any specific plans for violence.

“One man’s domestic terrorist can be another man’s exercise of his First Amendment rights,” Balter said.

Windom said the men were preparing for a civil war when they packed up food and other supplies that they apparently intended to use during and after the Virginia rally.

“Mr. Mathews was not arrested for violating the First Amendment of the Constitution,” Windom said.

Another man who was arrested, Brian Mark Lemley Jr., waived his right to a detention hearing. A third defendant, William Garfield Bilbrough IV, is expected to appear in court at separate detention hearing Wednesday.

A closed-circuit television camera and microphone installed by investigators in a Delaware home captured Mathews talking about the Virginia rally as a “boundless” opportunity, prosecutors said.

“And the thing is you’ve got tons of guys who … should be radicalized enough to know that all you gotta do is start making things go wrong and if Virginia can spiral out to … full blown civil war,” he said.

“I need to claim my first victim,” Lemley said on Dec. 23, according to Tuesday’s detention memo.

“We could essentially like be literally hunting people,” Mathews said, according to prosecutors. “You could provide overwatch while I get close to do what needs to be done to certain things.”

FBI agents arrested Mathews, Lemley and Bilbrough as part of a broader investigation of The Base. Authorities in Georgia and Wisconsin also arrested four other men linked to the group.

Bilbrough’s attorney, Robert Bonsib, said last Thursday that he was “underwhelmed” by a prosecutor’s arguments for keeping his client detained. Bilbrough was the only one of the three men not facing a firearms-related charge.