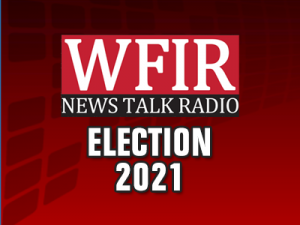 RICHMOND, Va. (AP) — Virginia Democrat Terry McAuliffe raised more money than Republican Glenn Youngkin in the latest fundraising report for the governor’s race, as the two candidates continue building on the record-breaking amount of money raised for a gubernatorial race in the state.

McAuliffe also had more money left to spend. The former governor’s campaign reported that he has about $7.8 million in cash on hand, compared to about $3.5 million for Youngkin.

The leading donor to McAuliffe’s campaign in September was DGA Action, which is the political action committee for the Democratic Governors Association. It donated $1.1 million for the period. McAuliffe was Virginia’s governor from 2014 to 2018.

The top donor to Youngkin’s campaign in September came from RGA Right Direction PAC, which is an arm of the Republican Governors Association. It donated $1.5 million in the reporting period.

Youngkin, who made his fortune as an executive with The Carlyle Group investment firm, loaned himself $4.5 million in the fundraising period covering July and August, but the latest report for September doesn’t indicate an additional loan. So far, he has loaned his campaign $15.7 million, which is included in his reported total.

McAuliffe also spent more than Youngkin in September. McAuliffe spent $17.5 million, and Youngkin spent $9.5 million, according to an analysis by the nonpartisan Virginia Public Access Project.

Princess Blanding, who is running for governor as the Liberation Party candidate, raised $8,367 in September. Blanding reported $6,339 cash on hand.

In down-ballot races, Democratic lieutenant governor candidate Hala Ayala raised $1.6 million for the reporting period and has $1.1 million on hand. Her Republican opponent, Winsome Sears, raised about $575,000 and reported about $481,000 on hand.

Virginia and New Jersey are the only two states electing governors this year, and the Virginia race is by far the most competitive. Republicans and Democrats nationally are hoping a victory will give their party momentum going into the 2022 Congressional midterm elections.