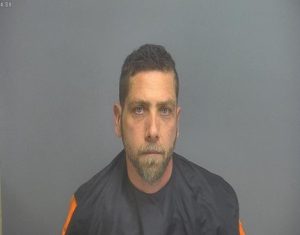 From Bedford County Sheriff’s Office: On 7/12/22 at approximately 2216 hours, the Bedford County Sheriff’s Office received a call for a domestic related disturbance in the 2000 block of Woodshire Drive located in the Blue Ridge area of Bedford County. Upon arrival the Deputy was investigating the complaint when contact was made with the suspect, James Edward Lewis, age 42 of Blue Ridge, Virginia. The Deputy then attempted to take Lewis into custody for domestic assault at which time Lewis retrieved a handgun from his waistband, pointed it at the Deputy. The Deputy then went hands on with Lewis getting him to the ground and after a struggle was able to disarm Lewis and place him into custody without further incident. James Lewis was then transported to the magistrate and charges were obtained and served on Lewis for Assault on Family Member and Attempted Capital Murder of a Law Enforcement Officer. Lewis is currently being held in the Blue Ridge Regional Adult Detention Center without bond.