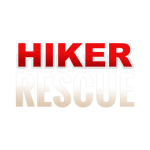 From News Release: Roanoke County Fire and Rescue responded at about 4:20 p.m., on Tuesday, July 10, 2018 to the McAfee’s Knob Trail in the Masons Cove area of Roanoke County for the report of 13 year old female hiker who had fallen about 3 feet, was injured and was not able to hike back off the trail. The juvenile hiker was on the trail with her mother at the time of the fall. They were located about 3 miles from the McAfee’s Knob parking lot, close to the summit of the trail. An all-terrain vehicle, a drone, 2 ambulances and about 14 personnel were used in this rescue operation. The rescue team made contact with the injured hiker at about 5:15 p.m., rendered aid and began to transport her back to the parking area using an all-terrain vehicle, where ambulances awaited. The juvenile’s injuries are believed to be non-life threatening. The hikers and the rescue team were off the trail at about 6:30 p.m. and the injured juvenile was transported to a local hospital.