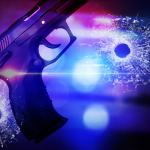 Botetourt County law enforcement says there were reports of shots fired in Troutville. Callers said they heard yelling and gunshots last night on the 300 block of Tucker Road. When deputies responded to the scene, they found a male victim had been shot and stabbed and a female victim also suffered gunshot wounds. Two suspects were arrested. 20-year-old Matthew Green was charged for malicious wounding and reckless handling of a firearm, and 20-year-old Tyler Wheetley was charged with malicious wounding and contributing to the delinquency of a minor.

From News Release: The Botetourt County Sheriff’s  Office reports that at approximately 10:09 pm on July 10, the 911 Communications Center started receiving reports of shots being fired in the 300 block of Tucker Rd., Troutville VA, callers further stated they heard yelling and also heard that someone had been shot. Sheriff’s Deputies responded to the scene and once at the residence determined that a male victim had been shot and stabbed and that a female victim had also been shot. Deputies detained two suspects and then had Emergency Services workers come in and treat the victims. Both the male and female victims were transported to a Roanoke area hospital. Both suspects were arrested and transported to the Botetourt County Jail. Matthew T. Green, age 20 of Troutville VA was charged with 2 counts of Malicious Wounding, Reckless handling of a firearm and the use of a Firearm in the Commission of a Felony. Tyler T. Wheetley, age 20 of Roanoke VA was charged with one count of Malicious Wounding and Contributing to the Delinquency of a Minor. The Investigation is continuing and no photos of the arrestees are available at this time.