Wilder pushes back on harassment allegations 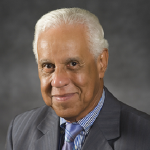 RICHMOND, Va. (AP) — Former Virginia Gov. L. Douglas Wilder is pushing back against sexual harassment allegations made by a student six decades his junior. Wilder thanked his supporters and called the allegations “baseless” in a tweet Friday. His comments came a day after The Washington Post reported on a Virginia Commonwealth University-commissioned investigation that found Wilder had kissed student Sydney Black without her consent. Wilder, 88, was the nation’s first elected black governor and teaches at VCU. He has not previously commented on the matter. The investigation also cleared Wilder of three other allegations the student made: sexual exploitation, sex-based discrimination and retaliation. Black told police and school officials that Wilder took her to dinner on her 20th birthday, gave her alcohol and kissed her.