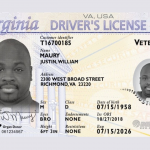 CENTREVILLE, Va. (AP) — A coalition of activists is pushing for Virginia to issue driver’s licenses to residents regardless of their immigration status. The Drive Virginia Forward campaign will launch its effort Tuesday with a press conference in Centreville. The Legal Aid Justice Center and the immigrant-advocacy group CASA are among the groups sponsoring the campaign. The awareness campaign will include a seven-day march from Virginia Beach to Richmond beginning Saturday. The group says granting driver’s licenses in Virginia regardless of legal status would befit more than 200,000 immigrants in the state and make roads safer.