Vinton police looking for a suspect

On July 21, 2015 at approximately 7:30am, Vinton Police received reports of property damage and stolen property from inside of vehicles in the area. A total of 3 incidents were reported that occurred during the night. One of the victims had surveillance cameras in operation which gave a view of the driveway. The suspect can be seen entering the driveway and going into the victim’s pickup truck. The suspect then notices the camera and began to strike it with an object, eventually breaking the camera off its mount. Footage of the incident was captured within the camera system and the images were made available to investigating officers. I have attached still photographs of the suspect who is a young white male, possibly with a tattoo on his right forearm.

We are asking for the public’s assistance in identifying the person seen in the images. If you recognize this individual or have information regarding these incidents, please contact Detective Todd Bailey of the Vinton Police Department at (540) 283-7046. 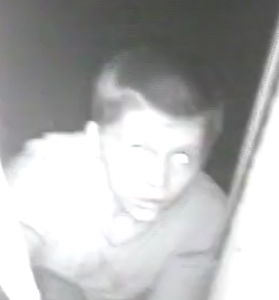