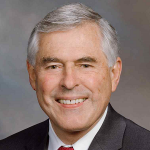 State lawmakers return to Richmond later this week for what is called the “veto session”. It’s when the General Assembly considers Governor Northam’s proposed amendments to bills that passed this winter — and whether to override his vetoes. More from WFIR’s Evan Jones: