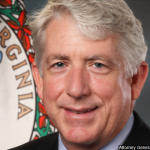 RICHMOND (March 5, 2021) – Attorney General Mark R. Herring issued the below statement following a judge’s ruling granting a request filed by the Trump Department of Justice and Republican attorneys general to dismiss his landmark civil rights lawsuit to have the Equal Rights Amendment recognized as the 28th Amendment to the U.S. Constitution:

“The women of this country have waited over two centuries to be afforded equal protections under this country’s founding document and with today’s decision they will now be forced to wait even longer – that’s just wrong,” said Attorney General Herring. “Our efforts to enshrine gender equality in the Constitution have been met with many roadblocks, including those from the Trump Administration and Republican attorneys general, who have made it clear that they do not believe women should be guaranteed equal rights in this country.
“While I do not believe that the arbitrary deadline Congress imposed on the Equal Rights Amendment is binding in any way, I welcome any support from both the Biden Administration and Congress in ensuring that this amendment is recognized as part of the Constitution once and for all.
“I am not giving up this fight and I will consider any and all options moving forward, including appealing this decision. It has been an honor and a privilege to stand alongside every one of the advocates who has fought so hard to ensure women’s equality is protected under the Constitution and we will not stop now.”