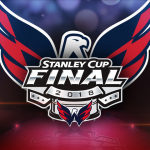 LOVETTSVILLE, Va. (AP) — A Virginia town has temporarily changed its name to “Capitalsville” after the Washington Capitals clenched a spot in the Stanley Cup Final.

News outlets report a resolution renaming the Town of Lovettsville to Capitalsville was passed Thursday after the Capitals won against the Tampa Bay Lightning on Wednesday night.

The town is more than 40 miles (60 kilometers) outside of the nation’s capital and will put up signs around its Broadway main street to celebrate the team. Mayor Robert Zoldos II is also launching a social media campaign and is hoping to attract fans to support the home team and nearby businesses. The mayor is asking all citizens, organizations and businesses to “Rock the Red.”

The name change is not permanent and will only last through the Stanley Cup Final.