Three dead when car plunges into lake, overturns under water 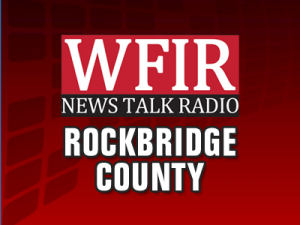 State Police say three people died when a vehicle careened down a steep embankment and came to rest submerged upside down in a Rockbridge County lake. It happened yesterday on private campground property north of Lexington. Troopers say bodies of a man, woman and boy were all recovered from the lake. Their names have not yet been released.
NEWS RELEASE:
At 12:07 p.m. Tuesday (Aug. 17), Virginia State Police responded to a call concerning a vehicle in a lake on private campground property. The campground is located off Route 39/Maury River Road in Goshen in Rockbridge County.
Further investigation revealed a Toyota sedan and its three occupants were last seen Monday night (Aug. 16) leaving the campground between 11 p.m. and 11:30 p.m. The Toyota traveled approximately 3/10 of a mile from the campground towards Route 39 when it ran off the right side of the road and overturned several times down a steep embankment before coming to rest upside down in the lake. The vehicle was completely submerged, except for the bottom of the tires. An adult female and male juvenile were recovered from the vehicle. An adult male was recovered from the lake.
At this stage of the investigation, no criminal activity is suspected and the incident is being investigated as a fatal traffic crash. The Rockbridge County Sheriff’s Office assisted with the search efforts.
State police is still in the process of notifying the individuals’ next of kin.