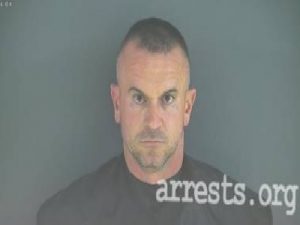 The Bedford County Sheriff’s Office says a sting operation led to an arrest for allegedly stealing a pontoon boat, then trying to sell its motor. Officials say the boat was stolen in December in the Thaxton area, and investigators later learned Eric Nichols tried to sell the craft’s motor. They posed as buyers, and after the sting transaction was completed, they found the boat and arrested Nichols for grand larceny. He is currently jailed without bond.

NEWS RELEASE: On December 13, 2020, Bedford County Sheriff Office received a report for a stolen Apex Pontoon Boat from the Thaxton Area. Investigators became aware of a suspect by the name of Eric Nichols through tips from the community.

On April 13, 2021, Investigators became aware that Nichols was attempting to sell the motor from the stolen pontoon boat.

On April 14, 2021, Investigators with the Bedford County Sheriff’s Office purchased the motor from Nichols (a sting operation), which resulted in his arrest for possession of stolen property. A search of Nichols property was conducted, and Investigators located the stolen Apex Pontoon Boat. Which resulted in warrant for Grand Larceny being obtained for Nichols, and he is currently being held with no bond at the Blue Ridge Regional Jail Authority in Bedford, VA.