From the Roanoke City Police Department:

On June 14, 2014 at 6:52 p.m., Roanoke Police were called to the 100 block of Salem Avenue, the Zena Market, to investigate a robbery. A store clerk told officers the suspect entered the store, inquired about buying a carton of cigarettes, came behind the counter and threatened the clerk that he had a firearm. The clerk opened the cash register and the suspect took an undisclosed amount of money and left the store. While there was a threat of a weapon, the clerk advised officers that no weapon was actually seen. The suspect was described as a white male, approximately 5’6″, weighing around 200 lbs. Anyone with information is encouraged to call the Roanoke Valley Crime Line at 540-344-8500. 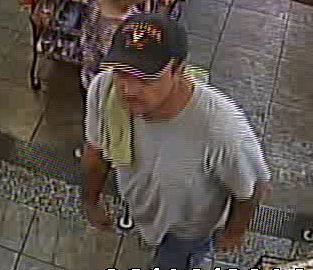