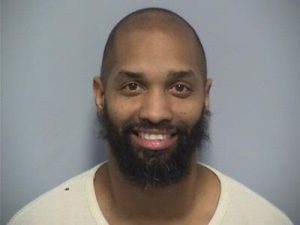 A federal jury has convicted a Roanoke man who prosecutors describe as a drug “kingpin” – and who was subject to the largest fentanyl seizure in Virginia at the time of his arrest. A jury convicted Monta Jordan last night on drug counts that also include heroin, meth and cocaine. The feds say he ran an extensive operation from Roanoke that ran at a minimum into hundreds of thousands of dollars.

NEWS RELEASE: A Roanoke man, who was subject to one of the largest Fentanyl seizures in Virginia at the time, was convicted last night at the conclusion of a six-day jury trial on federal charges relating to a poly-drug conspiracy, United State Attorney Thomas T. Cullen announced today.

“Until his arrest in August 2017, Monta Jordan oversaw a drug distribution network responsible for dealing huge quantities of heroin, Fentanyl, methamphetamine, and cocaine throughout the Roanoke Valley,” U.S. Attorney Cullen stated today.  “Thanks to the hard work of the DEA, the Virginia State Police, the Roanoke Valley Regional Drug Initiative, the Roanoke City and County Police Departments, and supporting agencies, one of the biggest and most prolific drug dealers in recent memory now faces decades behind bars.”

Evidence presented at trial established that Jordan ran an extensive drug operation that began no later than the summer of 2016 and extended even beyond his arrest on federal charges in August 2017.  Witness testimony established that, following his arrest on August 10, 2017, Jordan successfully smuggled one or more cell phones into his cell at a local jail and used the phones to coordinate the delivery and distribution of narcotics.  A known girlfriend and associate of Jordan’s, Amany Mohamed Raya, was convicted last month of attempting to smuggle one of tse phones to Jordan in the spine of a fake binder of documents, designed to look like confidential legal mail.  In a coordinated effort by the United States Postal Inspection Service, the Roanoke City Sheriff’s Department, the United States Marshals Service, and the Drug Enforcement Administration [DEA], authorities caught Jordan in possession of one of the contraband phones and successfully intercepted Raya’s fake legal mail before it could be delivered to Jordan.

Evidence at trial also established that prior to his arrest in August 2017, Jordan trafficked large quantities of narcotics into the Roanoke-area through the mail and couriers, who were compensated for their willingness to transport narcotics by car from places such as New York, North Carolina, Tennessee, and Ohio.  Further evidence established that Jordan received narcotics by FedEx from Arizona and in turn mailed large quantities of United States currency to designated recipients in those states.  In July 2017, for example, the United States Postal Inspection Service intercepted two packages mailed by Jordan and his associates containing collectively just under $100,000 in cash.  Jordan put one of his home addresses on the first package, as established by photographs and eyewitness testimony.  Inside that package, agents found a basketball wrapped in carbon paper and surrounded by miscellaneous chair cushions.  The basketball itself had been cut and contained $49,950 in rubber-banded currency.

Jurors also heard evidence regarding Jordan’s methods of transporting narcotics into the area by car.  Among other vehicles, Jordan owned a burgundy Ford Fusion, which he identified in his own text messages as the “Batmobile.”  On August 5, 2017, surveillance officers conducted a traffic stop of the “Batmobile” during a return trip by Jordan and his associates from New York.  In the course of a subsequent search of that vehicle, specially trained interdiction officers with the Virginia State Police discovered a secret compartment, or trap, underneath the factory-installed carpet in the trunk of the car.  Inside the trap, VSP agents located approximately 4.5 pounds of Fentanyl, one of the largest seizures of its kind at that time.  The Fentanyl was contained in plastic bags and covered in an oily masking agent, designed to defeat the scenting capabilities of K-9 drug dogs.

In addition to transporting his own drugs, Jordan received narcotics delivered to him from outside the area.  Evidence established that between January and August 2017, Jordan received at least 36 kilograms of cocaine and a kilogram of heroin in Roanoke, at prices of $35,000 and $60,000 per kilogram, respectively.  Jordan retrieved these deliveries at various locations around the Valley View Mall and made cash payments toward his purchases of as much as $320,000 during scheduled meetings.

Jordan was apprehended by authorities in August 2017. On August 10, 2017, authorities received information regarding a suspicious FedEx package designated for an address associated with Jordan.  Following receipt of a federal search warrant, agents opened the package and found approximately one pound each of packaged cocaine and heroin inside.

Agents replaced the narcotics with sham, or fake, drugs designed to match the appearance and weight of the seized contraband, and made a controlled delivery of the FedEx package to its designated location.  Jurors saw aerial surveillance footage of Jordan retrieving the package from the target residence and proceeding toward Highway 122 in Bedford County.

Jordan was intercepted by Virginia State Police and undercover surveillance units near the intersection of Highway 122 and Morgans Church Road, in Bedford.  In video footage of the ensuing police pursuit, Jordan could be seen throwing the sham drugs out the window of his vehicle and over a bridge, attempting to dispose of what he believed were genuine narcotics in his possession.  He was taken into custody shortly after the sham packages entered the creek below, and has remained incarcerated since that time.

The investigation of this case led by the Drug Enforcement Administration, the Virginia State Police, the Roanoke City and Roanoke County Police Departments,  the United States Postal Inspection Service, and members of the High Intensity Drug Trafficking Area Task Force (HIDTA), with invaluable assistance and support from the Air National Guard; the Bureau of Alcohol, Tobacco, Firearms, and Explosive, the Department of Homeland Security, the United States Marshals Service, the Salem Police Department, the Roanoke Sheriff’s Office, and the Criminal Investigations Division of the Department of Motor Vehicles.