The Shenandoah Building in downtown Roanoke now has a new name as developers give it a new look and new purpose. The Blue Ridge Parkway was headquartered there from its founding until 1966, so the building will now be called “Parkway 301”. The first of its 89 apartments should be ready for move-in by late August. WFIR’s Evan Jones has the story.

(Continue reading for current photos and renderings of the completed building.) 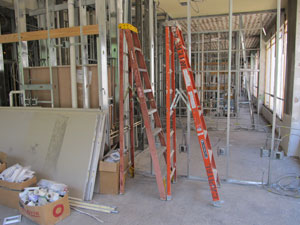 The Parkway 301 “penthouse” under construction. The building’s premiere unit is actually on the second floor. 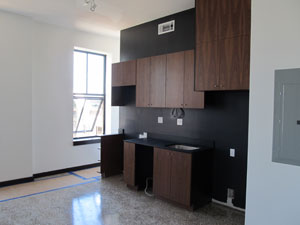 Some of the 89 units are nearing completion and should be ready for move-in by late August.

Artist’s rendering of interior unit. Almost all will be one and two bedrooms. 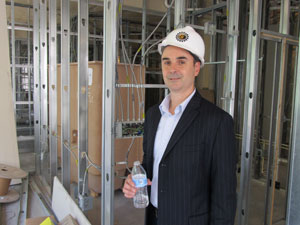