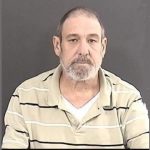 OCTOBER 31 UPDATE: Roanoke County police have arrested Kenneth Inger and charged him with involuntary manslaughter following the fatal accident on September 10th that claimed the life of 48 year old Thomas Orr II. It happened near the intersection of Brambleton Avenue and Garst Mill Road. Roanoke County police said at the time that drugs and alcohol may have been a factor in the multi-vehicle crash. Inger is being held without bond.

PREVIOUS: Roanoke County Police have identified the suspect in the multiple vehicle crash last week that killed a driver on Brambleton Avenue at Garst Mill Road. He is 58-year-old Kenneth Inger of Roanoke. Police say no charges have been filed yet, but an earlier news release said speed, drugs and alcohol were all possible factors.

NEWS RELEASE: Roanoke County Police confirm the alleged suspect involved in the multiple vehicle crash on Brambleton Avenue on September 10 is Kenneth Inger, 57, of Roanoke. Charges are pending the conclusion of the ongoing criminal investigation.

PREVIOUS FROM ROANOKE COUNTY POLICE: On Tuesday September 10, 2019, a Volvo sedan was traveling southbound on Brambleton Ave. in Roanoke County when it rear ended a Toyota driven by 48-year-old Thomas Orr II.  Mr. Orr’s vehicle then left the right side of the roadway where it struck a utility pole.  Mr. Orr was pronounced dead at the scene.  The sedan continued southbound on Brambleton Ave. where it struck a Cadillac and pushed the Cadillac into a pickup truck.  The driver of the Cadillac was transported to the hospital and has been released.  The driver of the pickup truck was not injured.  The driver of the Volvo was transported to the hospital with non-life threatening injuries.  All parties were wearing their seat belts.  Speed along with drugs and alcohol, may have been a factor in the crash.  Brambleton Ave. was closed for a period of time while members of the Blue Ridge Regional Crash Team worked to reconstruct the incident, but all lanes of Brambleton Ave are back open at this time.  Charges in this case are pending, and the investigation ongoing.

PREVIOUS: At 2:30 today, a single vehicle struck multiple vehicles at the intersection of Brambleton Avenue and Garst Mill Road. The accident resulted in two being transported with non-life-threatening injuries and one fatality. Speed was a factor in the accident. The police department received additional reports of a possible suspect vehicle involved in an additional accident on Brambleton Avenue.

These roads will remain closed for a number of hours while POLICE continue to investigate.