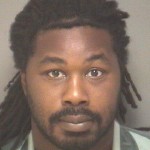 RICHMOND, Va. (AP) _ The lawyer for the man charged in a University of Virginia student’s disappearance says police haven’t told him what evidence they have against his client in that case or another young woman’s disappearance and death. Attorney James Camblos said he met with his client, 32-year-old Jesse Matthew Jr., for about 2-1/2 hours Tuesday but still doesn’t know what police have on him. Matthew is accused of abduction with intent to sexually molest 18-year-old Hannah Graham, who remains missing. Virginia State Police said Monday that Matthew’s arrest provided a “forensic link” to the death of 20-year-old Morgan Harrington, who vanished while attending a rock concert at U.Va. in 2009.