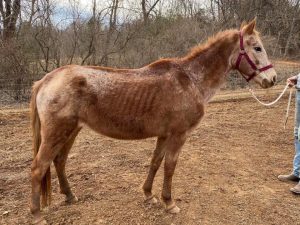 The Culpeper Star-Exponent reported Tuesday that the animals were found on a property in eastern Orange County, which is about an hour and 20 minutes northwest of Richmond.

The Orange County Sheriff’s Office began its investigation in mid-January after receiving a report that horses on the property were in poor health. The four horses that were still alive were immediately seized by an animal control agency.

Ten more horses were voluntarily removed from the property and are being cared for by a group called Hope’s Legacy Equine Rescue.

The sheriff’s office said in a press release that the investigation into abuse or neglect is continuing and that animal cruelty charges are anticipated.