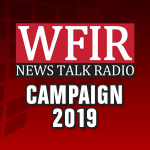 A new Roanoke College poll shows that Democrats currently hold an edge in voter support for the November General Assembly elections. Potential voters responding say they support Democrats by five per cent for the State Senate and eight percent for the House.  Poll Director Harry Wilson says it is more a reflection of Virginia’s recent voting patterns, not a predictor of specific General Assembly races.

Democrats lead Republicans in the generic ballot for the Virginia Senate (36%-31%) and in the ballot for the House of Delegates (38%-30%), according to The Roanoke College Poll. The Institute for Policy and Opinion Research interviewed 556 potential Virginia voters* between August 11 and August 19 and has a margin of error of +4.2 percent.

The issues of greatest importance to Virginians when they cast their ballot for state senator and delegate are those that tend to rise to the top in most elections—the economy, education, and health care. Several social issues are also viewed as important, but not at the level of those three issue areas.

A majority of Virginians (53%) disapprove of the way President Donald Trump is handling his job, and just over one-fourth (27%) approve. A majority (61%) of respondents think the country is on the wrong track, while 31 percent think it is headed in the right direction. President Trump’s approval is down 11 percentage points since February (38% was a high point for him), while those saying the country is on the right track is down six percentage points. Approval for Virginia Governor Ralph Northam rose slightly to 37 percent from 32 percent in February.

The Roanoke College Poll periodically asks respondents about their general views of gun ownership and gun control. Respondents said they think it is more likely that stricter gun laws would reduce the number of crimes and suicides (40%) than that stricter laws would prevent law-abiding citizens from protecting themselves (23%). More than a third (36%) said stricter laws would impact crime/suicide and self-defense about equally or they would make no difference.

“While we are more than two months from the elections and generic ballots have limited utility, one would prefer their party to be ahead,” said Dr. Harry Wilson, director of the Roanoke College Poll. “Equally concerning to Republicans is the decline in President Trump’s approval rating. While many disagree with the President’s polices, very few respondents appreciate his language and tone. If Democrats are energized by their dislike of Trump as they were in 2018, that does not bode well for Republicans. On the other hand, Republicans can benefit from lower turnout, which is typical in Virginia midterm elections.”

Interviewing for The Roanoke College Poll was conducted by The Institute for Policy and Opinion Research at Roanoke College in Salem, Va. between August 11 and August 18, 2019. A total of 556 Virginia potential voters were interviewed. We define potential voters as those eligible to vote who said it was at least possible they will vote in November 2019. Telephone interviews were conducted in English.

The landline sample consisted of random-digit numbers generated in proportion to the Virginia population so that all residential telephone numbers, including unlisted numbers, had a known chance of inclusion.  Cell phone samples were purchased from Marketing Systems Group and Call Delivery Systems. Cell phones comprised 38 percent of the completed interviews.

Questions answered by the entire sample of 556 respondents are subject to a sampling error of plus or minus approximately 4.2 percent at the 95 percent level of confidence. This means that in 95 out of 100 samples like the one used here, the results obtained should be no more than 4.2 percentage points above or below the figure that would be obtained by interviewing all Virginians who have a home telephone or a cell phone and are potential voters in 2019. Where the results of subgroups are reported, the sampling error is higher.

Quotas were used to ensure that different regions of the Commonwealth were proportionately represented. The data were statistically weighted for gender, race, and age. Weighting was done to match Virginia census data. The margin of error was not adjusted for design effects due to weighting.

A copy of the questionnaire and topline may be found on the IPOR website.