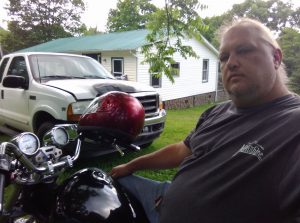 UPDATED NEWS RELEASE: Mr. Leonard has been located safe in Bristol, Virginia.  Thank you for assistance.

PREVIOUS: Roanoke County Police are looking for a motorcyclist who vanished while riding his cycle with a friend on another two-wheeler. Police say Greg Leonard of Bristol was last seen operating his cycle just after midnight along US 460 in western Roanoke County. The friend called police when he reached I-81, telling them Leonard was no longer behind him.