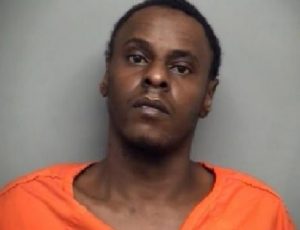 UPDATED STATE POLICE NEWS RELEASE: The Martinsville man who shot a Martinsville Police Officer was released from Roanoke Memorial Hospital and arrested by the Virginia State Police on Saturday, January 4, 2020. Thomas Joe Braxton III, 37, of Martinsville, Va., was arrested on one count of Attempted Capital Murder; One count Use of a Firearm in the Commission of a Felony; One count Possession of a Firearm by a Convicted Felon; One count of Felony Elude.  Braxton is being held without bond at the Henry County Jail.

The investigation remains ongoing and once completed, the findings will be turned over to the Henry County Commonwealth Attorney’s Office for review.

PREVIOUS: At the request of City of Martinsville Police Chief Eddie Cassady, the Virginia State Police Bureau of Criminal Investigation’s Salem Field Office is investigating a shooting that resulted in both a Martinsville Police Officer and a 37-year-old Martinsville resident being treated for non-life threatening injuries.

The incident began at approximately 9:38 p.m. on Jan 1, 2020 when a Martinsville Police Officer attempted to stop a 2002 Toyota Pickup for a traffic violation on Memorial Blvd. at Askin Street. The operator of the vehicle refused to stop when the officer activated his emergency equipment and a pursuit was initiated. As the pickup continued down Theatre Street in Henry County, the driver jumped from the moving vehicle and fled on foot. Meanwhile, the pickup truck continued to roll down an embankment, crossed over Joseph Martin Highway and crashed into an embankment. No other vehicles were struck during the pursuit or by the driverless pickup.

The suspect was flown to Roanoke Memorial Hospital for treatment of non-life threatening injuries sustained in the shooting.

The Martinsville Police Officer was flown to Wake Forest Baptist Health in North Carolina and is still being treated for a non-life threatening gunshot wound.

The investigation remains ongoing at this time. Charges are pending.