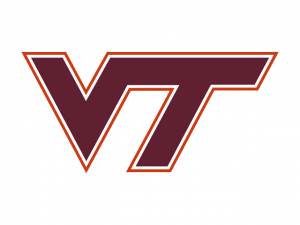 The Virginia Tech Hokies used five homeruns to win Game 2 of the NCAA Baseball Super Regional today in Blacksburg 14-8 over the Oklahoma Sooners. The Hokie’s offense got going early, when lead off man Nick Biddison took the second pitch of the game over the left field wall for an early 1-0 lead. The Virginia Tech bats would come alive again in the top of the 3rd, when Gavin Cross and Cade Hunter each clubbed 2 run- homeruns to extend the lead to 5-0. But the Oklahoma Sooners would answer in the bottom half of the inning scoring three runs off Tech starter Drue Hackenberg, who would be pulled from the game and replaced by Christian Worley.

Oklahoma made it 5-4 in the 4th with a Brett Squires Homerun. Tanner Schobel hit his 19th Homerun of the year in the 5th as the Hokies scored 4 runs to make it a 9-4 ballgame. In the bottom half of the 5th, Oklahoma would get a sac fly to cut the deficit to 9-5.

The Virginia Tech offense stayed hot in the top of the 6th, scoring 3 runs to extend the lead to 12-5.
Tech reliever Jonah Hurney, who had a career high 7 strike outs today, would silence Oklahoma in the bottom half of the inning.

In the top of the 7th two Oklahoma errors on one play allowed Carson DeMartini to score from first and make it 13-5.
But the Oklahoma offense the cut lead to 13-8 in the bottom of the 8th inning thanks to a Kendall Pettis RBI single, a bases loaded walk, and a RBI fielders choice.

In the top of the 9th Nick Biddison ended the Sooners momentum by hitting his second home run of the game giving Virginia Tech a 14-8 lead.

Kiernan Higgins would shut down the Oklahoma offense in the bottom of the 9th -giving Virginia Tech a game 2 victory. Game Three of the Super Regional will be tomorrow afternoon at 1 p.m