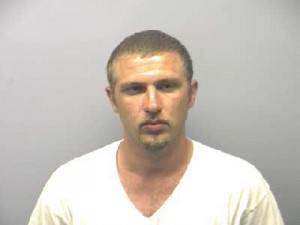 UPDATED TUESDAY AM — Roanoke Police say Alexander Billow was arrested early today and is now in custody, jailed without bond. Charges include abduction by force.

EARLIER: Roanoke City police have a suspect identified in yesterday’s Greenway assault in Southeast Roanoke … they are looking for 31 year old Alexander Earl Billow … detectives are trying to locate him ..call the Crime line at 344-8500 if you have any information … see a photo at WFIR news dot com … police say Billow has a history of offenses – for abduction, assault and indecent exposure … he had exposed himself to yesterday’s greenway jogger before she escaped. (see photo of Alexander Billow at left)