The Franklin County Sheriff’s Office is looking for two suspects who attempted to break into one business and may have burglarized another. Surveillance video captured two individuals trying to break into the Whistle Stop shortly before 1 a.m. today. The sheriff’s office says that during the investigation, Jeds Country Store was burglarized minutes later. These businesses are located in the Penhook area of the county. If you recognize the two suspects in the picture or know any information, you are encouraged to contact Investigator Nolen at 540-483-3000. 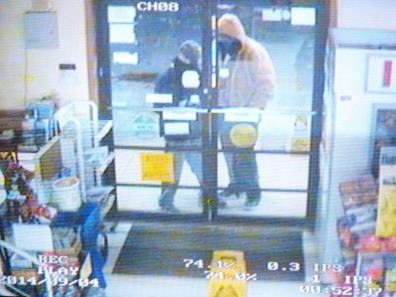