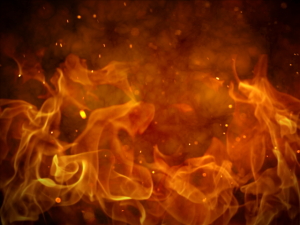 This morning at 3:25 a.m., Roanoke Fire-EMS was dispatched for reports of a structure fire on the 1300 block of Purcell Ave NE. First arriving units found flames showing from the roof where one civilian was also trapped. Fire-EMS personnel rescued the trapped civilian,  evacuated four additional occupants, and brought the fire under control within 30 minutes.One civilian was transported to a local hospital with non-life-threatening injuries. No injuries to Fire-EMS personnel were reported. Four residents were displaced. An investigation determined the cause of the fire was accidental electrical. Damages to the structure and its contents are estimated to be $30,000.