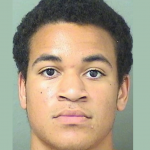 FORT LAUDERDALE, Fla. (AP) – The brother of Florida school shooting suspect Nikolas Cruz is being allowed to move to Virginia, where his lawyer says a home, a job and educational opportunities await. A judge on Friday granted the request by the attorney for 18-year-old Zachary Cruz to move to Staunton, Virginia. The judge had to approve the move because Cruz is on six months’ probation for trespassing at Marjory Stoneman Douglas High School. Cruz’s job as a maintenance technician and living quarters would be provided  by Nexus Services, which specializes in helping people adjust after prison or treatment. He will make $13 an hour and still face a host of probation restrictions. Nikolas Cruz faces the death penalty if convicted of killing 17 people at the school in Parkland.