Amber Alert canceled for 12-year-old girl and her grandmother 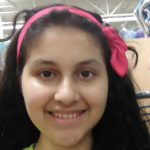 UPDATE: The Virginia AMBER Alert for the missing Harrisonburg woman and child has been canceled. However, the search for them continues. In accordance with program policy, the Alert must be canceled after a period of time.

PREVIOUS: The man believed to have abducted a grandmother and her granddaughter from Harrisonburg has been taken into custody. But police say the woman and girl are still missing. Police in Harrisburg, Pennsylvania are questioning Hareton Jaime Rodriguez-Sariol.

Rodriguez-Sariol is described as a Hispanic male, height 5’6″, weighing approximately 180 lbs., with short black hair and brown eyes. He has a known history of infatuation with Elizabeth Rodriguez Rubio. Rodriguez-Sariol was last seen at the 2 mile marker on I-66 where the vehicle fire occurred. Rodriguez-Sariol is believed to be traveling north toward New York in white 2000 Volvo tractor trailer, owned by AMG Express L.L.C., with Virginia license plate number 21739PZ.