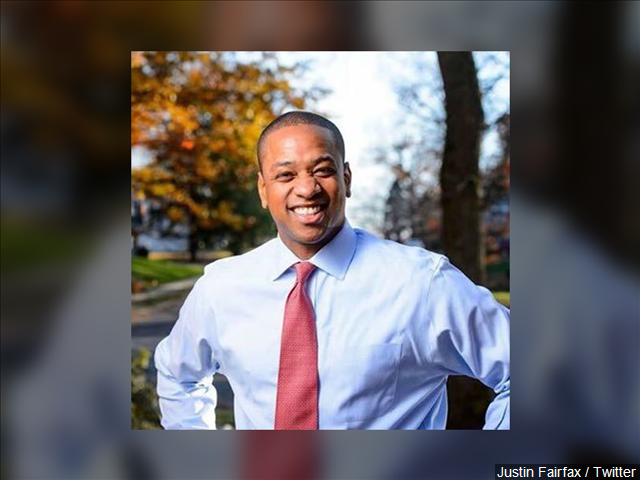 RICHMOND, Va. (AP) – The first of two women to accuse Virginia Lt. Gov. Justin Fairfax of sexual assault says she still wants him to resign.CBS News released excerpts Sunday of its interview with Vanessa Tyson, who says Fairfax forced her to perform oral sex in 2004. The full interview will air Monday.Fairfax says the encounter was consensual.In the excerpts, Tyson reiterates her call for Fairfax’s resignation and says she’s willing to testify about her experience at a public hearing. She had previously indicated a willingness to testify but said any hearing should be conducted in a bipartisan manner.Fairfax issued a lengthy statement Sunday in which he said he had passed polygraph tests in which he was asked whether his encounters with Tyson and another accuser, Meredith Watson, were consensual.