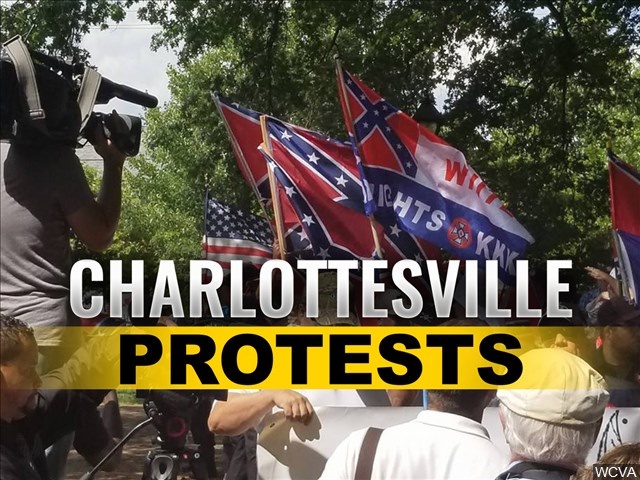 CHARLOTTESVILLE, Va. (AP) – Seven people protesting a jail sentence for a black man using an improvised flamethrower during violent white nationalist rallies in Charlottesville, Virginia, last year have been arrested.
On Friday, a judge ordered a 20-day jail sentence for Corey Long, who said he used the makeshift flamethrower to protect himself.
The Daily Progress reports that a few dozen people protested the sentence late Friday night in downtown Charlottesville, chanting “Corey Long did nothing wrong.” Police arrested seven protesters and charged them with “pedestrian stepping into street with poor visibility,” a misdemeanor.
One of those charged was Star Peterson, who is in a wheelchair after suffering injuries when she was run over in the car attack that killed Heather Heyer during the Aug. 12 rally and counter protests.