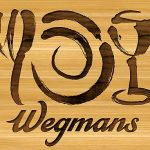 The company plans to build its operation in Hanover County, which is north of Richmond.

Northam approved a $2.35 million state grant for the project.