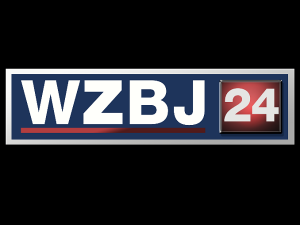 The owners of WDBJ7 are about to own and operate two TV stations in the region. They are purchasing Channel 24 from Liberty University and renaming it WZBJ24. The new owners begin operation on September 1, and starting Labor Day, the channel will run additional newscasts at 7:00 am and 10:00 pm.

News release: ROANOKE, VA, August 13, 2018-Gray Television, owner of WDBJ7 in Roanoke has entered into an agreement with Liberty University to acquire WFFP-TV in Danville, Virginia and WLHG-CD in Lynchburg, Virginia, creating a powerful new duopoly in the 70th ranked market in central and southwestern Virginia. The new full powered station will be rebranded as WZBJ24, and join WDBJ7 under the Gray Television umbrella.

On September 1, 2018, WFFP-TV will be relaunched as WZBJ24 and will share news and programming resources from WDBJ7, the market’s leading television station. WZBJ24 will be available on all cable and satellite providers in the DMA. The station is also available over the air, increasing WDBJ7/WZBJ24’s exposure and commitment and to the community and the region. Part of that commitment is the expansion of WDBJ7’s top-rated local news programming on WZBJ24. Beginning September 3rd,  the WDBJ7 news team of Melissa Gaona and Logan Sherrill along with Chief Meteorologist Brent Watts will bring viewers the area’s #1 newscast an hour earlier in prime time every Monday through Friday at 10pm. In addition, WDBJ7 Mornin’ will add an expanded hour from 7-8am, Monday-Friday on WZBJ24. This extra hour will be anchored by Kimberly McBroom, Neesey Payne and Josh Birch. Meteorologist Leo Hirsbrunner will continue to do weather for the morning show.

WDBJ7, home to the region’s number one newscast, and the new WZBJ24 will be programmed and operated by Gray Television, which owns and operates over 100 television stations in 57 markets and has recently entered into an agreement to purchase Raycom Media.