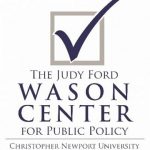 Its probably not a shocker but the latest Wason Center phone survey of Virginia registered voters statewide shows respondents split on how things are going in the Commonwealth right now. There is more agreement on issues like the overturning of Roe V. Wade and bi-partisan support for the inflation reduction act. So what does it all mean for next month’s election? Rebecca Bromley-Trujillo is the Research Director for the Wason Center at Christopher Newport University. See more details from the recent statewide phone survey on the WFIR News website and social media.

1.    Virginia voters are fairly split on the direction of the Commonwealth (42% right direction, 40% wrong direction), while 50% say they approve of the job Governor Youngkin is doing.

2.   Virginians are pessimistic about the direction of the country (22% right direction to 65% wrong direction); dissatisfaction is partly reflected in Biden’s approval rating (39% approve to 56% disapprove)

3.   Democrats are slightly favored on a generic ballot with 46% of Virginia registered voters saying they will support the Democratic Party’s candidate in their district compared to 40% for the Republican Party’s candidate.

4.   Biden’s Inflation Reduction Act provisions related to healthcare and the environment are popular among Virginia voters (ranging from 58% to 82% support; a majority oppose increased funding to the IRS (55%).

6.   Virginia registered voters oppose the US Supreme Court’s decision to overturn Roe v. Wade (58% to 36%) and prefer abortion to be legal in most/all cases (67% to 27%), though a narrow majority support/strongly support an abortion ban at 15 weeks with exceptions for rape, incest, and life of the mother (51%).