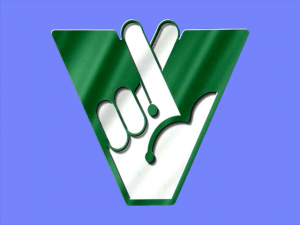 The Virginia Lottery reports on-line sales that began this year are running well ahead of its goals. The lottery instituted on-line sales July 1st; those sales have already topped $155 million less than four months in, and that is more than 60% per of the lottery’s $250 million goal for the entire first full year. The Virginia Lottery reports that so far, more than 65,000 players have won $130 million in prizes on line. WFIR’s Evan Jones has more:

NEWS RELEASE: The Virginia Lottery introduced its new online game offerings on July 1. Nearly four months later, more than 65,000 registered players have shared in a combined $130 million in total prizes. During the same time period, sales of traditional lottery products at the retail counter also continued to increase, too. In the three-month period ending October 1, lottery sales at traditional brick-and-mortar retail locations across Virginia increased more than 10-percent, too.

Our working goal for online Lottery sales was approximately $253 million for the fiscal year. As of Thursday [October 22], our online sales were $155.7 million. That means that about one-third of the way through the fiscal year, we’ve achieved about 62-percent of our pre-launch sales forecast.

Playing online allows consumers to purchase and play lottery games with the convenience of their smartphone, tablet or computer. Anyone can play, as long as they are at least 18 years old and located in Virginia when they make the purchase.

Online products include many familiar and popular games such as Mega Millions, Powerball and Cash4Life®.  In addition, all new instant win games are available, featuring prizes up to $500,000. So far, 18 instant win games have been introduced, and more are added each month.

Authorized by Virginia voters in a successful 1987 referendum, the Virginia Lottery generates more than $1.6 million per day for Virginia’s K-12 public schools. In the fiscal year ending June 30, 2020, lottery customers helped generate more than $595 million dollars in funding for public education. For more information, visit the Virginia Lottery’s Giving Back page, visit our website, like us on Facebook, follow us on Twitter and Instagram, and check us out on YouTube. With all gaming, please remember to play responsibly.