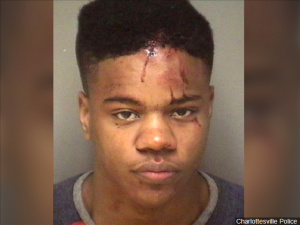 CHARLOTTESVILLE, Va. (AP) _ A former University of Virginia student who filed a civil rights lawsuit after his 2015 arrest by alcohol-enforcement agents has received a $250,000 settlement. Martese Johnson sued Virginia’s Department of Alcoholic Beverage Control and three of its agents after the arrest, which was captured on video. It showed ABC agents pinning Johnson to the ground while his head was bleeding. ABC agents said Johnson, who is black, was attempting to enter a bar with a fake ID. Johnson said his ID was valid. Records from federal court in Charlottesville show the case was settled Tuesday and dismissed. On Wednesday, the department confirmed the $249,950 settlement but declined comment beyond a joint statement that calls the settlement “a mutually agreeable compromise.” The settlement contains no admission of wrongdoing.