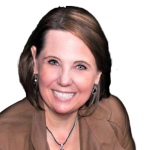 The first two Republican candidates to announce a run for Roanoke City Council have emerged. Peg McGuire is a communications consultant who used to work for the Virginia Museum of Transportation. McGuire’s platform includes an elected school board, moving the November municipal election to non-presidential years and electing City Council members via a ward system. As for running as a conservative Republican in Democratic-leaning Roanoke: