Travel plans to coastline next week? Keep an eye on Florence 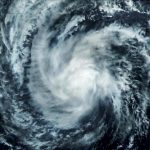 MIAMI (AP) – It’s still way too early to know whether Tropical Storm Florence will strike the east coast, but public safety officials say anyone living along the mid-Atlantic coast or planning to visit there next week needs to pay attention. The storm is expected to re-strengthen to a hurricane, and several models have it close to the coast about a week from now.

Florence could cause life-threatening surf and rip currents along parts of the U.S. East Coast this weekend as the storm swirls across the Atlantic. Though weakened to a tropical storm, Florence is expected to regain hurricane strength as it nears Bermuda. Forecasters say it’s too soon to tell where the storm will go because there’s still a lot of uncertainty in its long-term track. The National Hurricane Center said the storm’s maximum sustained winds early Friday were estimated to be 65 mph (104 kph). Florence was centered about 985 miles (1,585 kilometers) east-southeast of Bermuda and is moving west at 7 mph (11 kph). Forecasters say two low pressure systems off the coast of Africa behind Florence also have high chances of developing into tropical storms. There are no coastal watches or warnings currently in effect.