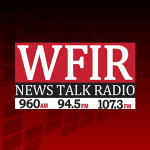 (ABC News) At least three people, all wearing orange wristbands, died from drug overdoses early Sunday and four others were hospitalized after police responded to a medical emergency at an apartment complex in Pittsburgh, officials said.
Police and paramedics were called to the Southside Works City Apartments around 2 a.m. and discovered seven people in medical distress, including two who were unresponsive, police said. All of the victims were wearing orange wristbands apparently connected a venue they had been to Saturday night, police said.

“The victims — including three people who died and four who remain hospitalized — appear to have been at the same venue together, and then to have gone to a second location at a private residence where they apparently overdosed on drugs,” the Pittsburgh Police Department said in a statement. “The victims all took the narcotics at the same time and in the same location.”

Police did not immediately say what kind of drugs the victims overdosed on, but expressed concern about a “tainted, potentially deadly batch of drugs in the community.” One man was found passed out in the street outside the apartment building and later died, police said at a news conference. Another victim was found unresponsive in an elevator, according to authorities.
When police officers went inside the apartment where the drugs were allegedly taken, they found five other people in need of medical assistance, authorities said.