This dog was found strangled and dumped near elementary school 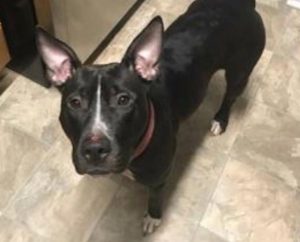 RICHMOND, Va. (AP) — An animal shelter in Virginia is seeking information about a pit bull that was apparently strangled with a leash and dumped behind an elementary school.

The Richmond Animal Care and Control shelter on Thursday shared photos of the black and white pit bull whose body was found in a trash bin behind John B. Cary Elementary. It also showed the braided green and brown leash believed to have been used to strangle the female dog.

The shelter says the dog is believed to have been dumped just an hour before she was found on the afternoon of Aug. 26. It says the nearby park and playground were filled with people who may have seen something. Anyone information can contact Metro Richmond Crime Stoppers at 804-780-1000.