Roanoke County police have arrested a Vinton man and charged him with grand larceny for the theft of a $2,500 pair of binoculars from the Gander Mountain store off Plantation Road.   Police say Brandon Nicholas Flowers turned himself in Friday and is being held without bond pending arraignment, probably on Monday.

The theft occurred around 11:00 a.m. Thursday.  Surveillance cameras showed a man hiding the binoculars in his clothing and leaving the store.   Police released a surveillance photo, asking the public for help in identifying the suspect.   Police say with the public’s help, they identified Flowers and issued a warrant.   Flowers turned himself in Friday night.   Police say the expensive Swarovski Optik binoculars were located and returned to the store. 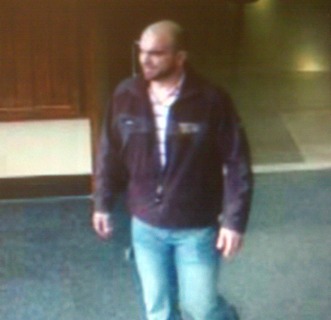