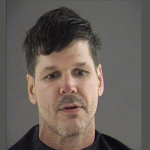 A man is charged with beating and sexually assaulting a Bedford County woman. The sheriff’s office says the report came in yesterday morning from a Moneta-area home. 50-year-old Steven Lorent was also served a warrant for failing to appear in Rockbridge County court.

News release: At 6:30 a.m., on April 17, 2019, Bedford County 911 received a call from Little Creek Road in Moneta. The caller stated that a female had came to her house and said she had been sexually assaulted. The caller also advised that the female appeared to have been beaten. A Virginia State trooper and Bedford County deputies responded and observed the victim had multiple injuries. The victim said that Steve Lorent had sexually and physically assaulted her. He took her cell phone and left the residence on foot. She went to a neighbor’s house to get help. The victim was transported to Roanoke Memorial Hospital for treatment of her injuries. She was later released.  Later deputies located Steven John Lorent at a residence in Huddleston. He was arrested on an outstanding warrant for failure to appear from Rockbridge County. Bedford County Sheriff’s investigators later charged Lorent, age 50, with strangulation, object sexual penetration, grand larceny and felony domestic assault and battery. He is being held in the Bedford Adult Detention Center on no bond.