No speedy end in sight in Virginia budget impasse 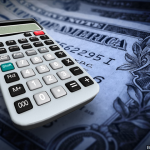 RICHMOND, Va. (AP) — Virginia is inching closer to a government shutdown as Republican lawmakers continue to spar over whether to expand Medicaid.

Once united in their opposition to expanding the publicly funded health care program to about 400,000 low-income Virginians, GOP lawmakers are now split on the issue. That disagreement blocked passage of a state budget during this year’s regular legislative session and sparked a new round of finger-pointing. State government will shut down on July 1 if no budget is passed.

The House has already returned for a special session to pass another version of its budget, which includes Medicaid expansion. Two Republican senators support Medicaid expansion, giving the pro-expansion vote a majority in the upper chamber.

But there are still unresolved disagreements among pro-expansion Republicans over whether to also impose a new tax on hospitals. And GOP Senate leaders have given no sign when there will be a full vote on the budget. The Senate will meet Monday to move the budget into a committee and hear a presentation on state finances.

“The lack of clarity or urgency is obviously problematic on multiple levels,” House GOP Speaker Kick Cox and other Republicans said in a recent letter to Senate Majority Leader Tommy Norment.

But many Republicans switched positions this year, in part because a GOP-led Congress has been unable to repeal Obama’s health care law.

Local and county governments, which depend heavily on state funds, have advocated for lawmakers to pass a budget soon with Medicaid expansion. The administration of Democratic Gov. Ralph Northam, who won election last year running strongly in favor of expansion, has expressed concerns about what a delayed budget could mean for the state’s AAA bond rating.

Norment has downplayed concerns of a government shutdown while blaming House Republicans for any delays. The Senate could have easily passed a budget that didn’t include Medicaid expansion and a related tax on hospitals, Norment said.

“We could have given certainty to local governments and all Virginians in March by passing a clean budget without Obamacare’s Medicaid expansion and a new tax on hospitals,” Norment said in a letter responding to Cox’s.