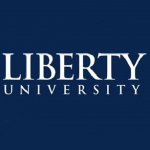 Liberty University President Jerry Falwell, Jr. says some of the university’s graduates misunderstand his recent statements supporting President Trump. A group of alums  say they will return their diplomas in protest of those statements. But Falwell says his support for the president is about his willingness to call terrorist groups by their names. More from WFIR’s Evan Jones: