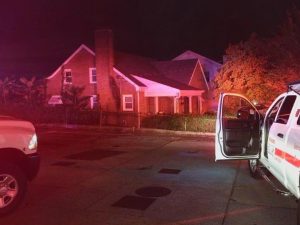 Roanoke fire officials credit smoke alarms with helping four people – and their two pets – safety escape an overnight house fire. Crews were called around 130 a.m. to the home along the 2400 block of Grandin Road. Officials say it was an electrical fire, with damage estimated at $12,000. No one was hurt.

NEWS RELEASE: At approximately 1:26am, firefighters responded to an electrical fire in the 2400 block of Grandin Rd. The 2 adults, 2 children and 2 pets were alerted to the fire in their home because of their WORKING SMOKE ALARMS! The American Red Cross is assisting the displaced family. No injuries were reported. Damage estimates are approximately $12,000.